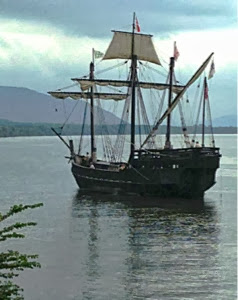 Replicas of the  Nina and  the Pinta visit the Southeast again. It's been three years since they were here. I saw them at Guntersville on Columbus Day 2010, but missed them here at Ditto Landing Marina. They are currently at Ditto and will head up the Tennessee River to Chattanooga, TN next. After that, other Tennessee stops include Lenoir City and Knoxville. If they weren't such tiny vessels, I'd try to stowaway, but where would I hide? 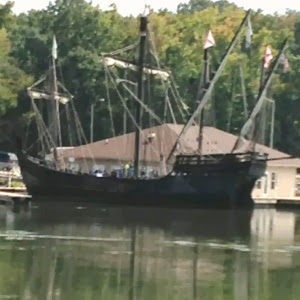 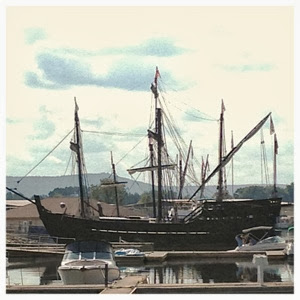 The Pinta, the larger of the two

According to the website, the Nina is "the most historically accurate replica of a Columbus Ship ever built." More info at www.thenina.com 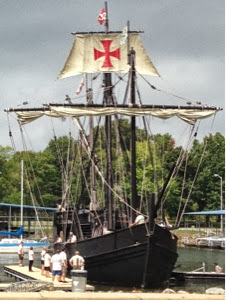 Pinta just arrived at the dock 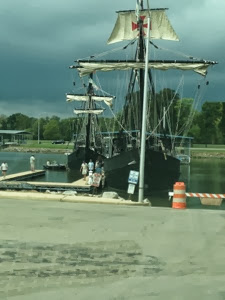 Nina slipping in beside Pinta when they first arrived.

I had forgotten these two ladies were coming to Huntsville and just happened to be at Ditto when they arrived. I was unaware that they were even in the area and did not see them coming up the river. I was being entertained by these folks over on the creek side of the marina 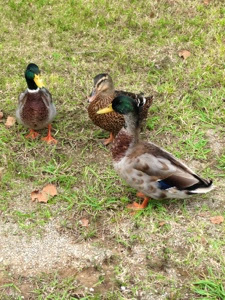 Suddenly there was a loud blast followed by another about five minutes later. I decided I'd creep around to the riverside parking lot to see what was going on and was very pleased to see the Pinta making her way into the marina. The blasts were the two ships firing their canon to announce their arrival.  The Nina had already docked at a temporary spot. I spent quite some time watching them dock and get into position for visitors. What a happy surprise that I was there.