Remember, O man, thou art dust, and to dust thou shalt return 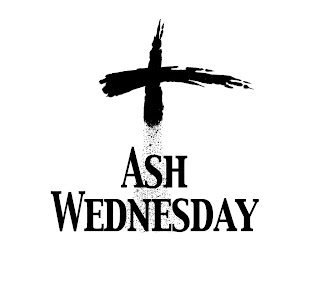 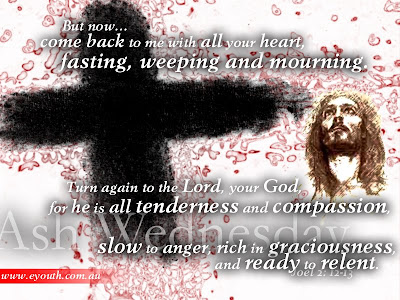 Turn away from sin and be faithful to the Gospel.
—Mark 1:15 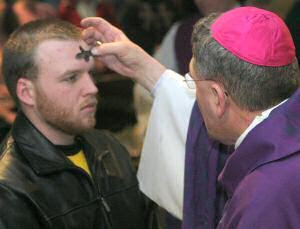 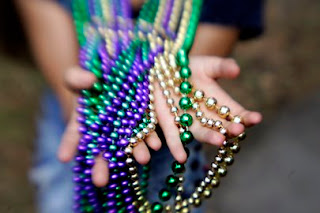 Tomorrow is Ash Wednesday, the beginning of the penitential season of Lent, a time of preparation for Easter. Today is widely known as Mardi Gras ("Fat Tuesday"), or less commonly as Shrove Tuesday, during which folks blow it out in partying before they have to settle down, try to behave themselves, and give up all sorts of things in which they normally indulge during the rest of the year.

Mardi Gras in the US began in Mobile, Alabama in 1703. Here is a little bit of Mardi Gras history that I copied from a Mobile Mardi Gras site at www.mardigraskeiwebs.com

Mardi Gras started in Mobile, Alabama at 27 Mile Bluff in 1703 when it was a colony of French soldiers. This was a continuation of the cultural traditions of the settlers in Mobile. After having survived a particularly nasty bout with yellow fever, they decided to celebrate, but since party favors were few and far between in the New World, the men opted to paint their faces red and just act crazy for a few hours. They must have had fun because it became an annual event. Many years later, New Years Eve 1830, Mobilian Michael Krafft did not want to end the dinner party celebrating the season with friends at a restaurant in downtown Mobile. Following the meal, these tipsy revelers "borrowed" some agricultural implements from a sidewalk display outside a downtown hardware store.
Then, with cow bells, rakes, and hoes in hand, Krafft and his friends paraded through the streets of the town and thus was born the Cowbellion de Rakin Society, the first parading Mystic Society. In 1840, the Cowbellion's presented the first Mardi Gras parade with designed floats and theme.

I guess you could say the rest is history. For more of the history of Mardi Gras in America, do visit the website. For additional information, check out the Catholic Encyclopedia at www.newadvent.org.


Mardi Gras is also known as Pancake Day or Pancake Tuesday in Anglican, Lutheran, and some Protestant traditions because of the tradition of eating pancakes on the day before Ash Wednesday in order to use up the eggs, fat, sugar, and other rich food ingredients prohibited during the season of Lent. In many parts of the world, Mardi Gras is commonly known as Carnival and there are a variety of other names for this time of revelry before having to fast and behave for 40 days before Easter.


One spectacular thing about Mardi Gras is the parades, floats, and costumes. Wow! I'd love to be able to see some of it "live and in person." A real feast for the eyes. Just look at all the opportunities to see creative expressions of art. 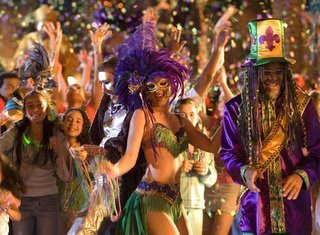 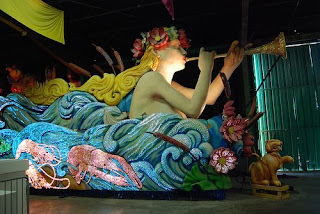 However, I will probably never make it to a big Mardi Gras blow out. I elect to miss the excitement, color, fun, and craziness due to the fact that I really do not like crowds. 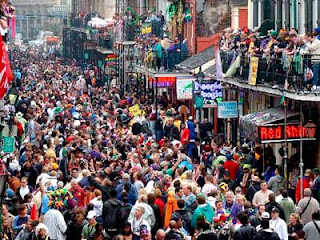 I'll just stay home, eat lots of pancakes (and chocolate), and look it up on the Internet. You've got until midnight, so PARTY ON! or I really should say: Laissez Les Bons Temps Rouler!!