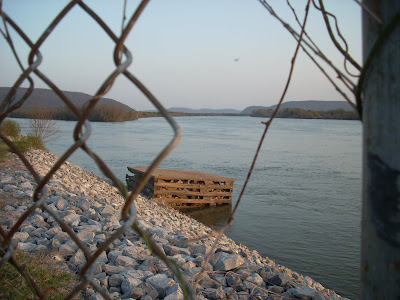 view through the fence at the old dock 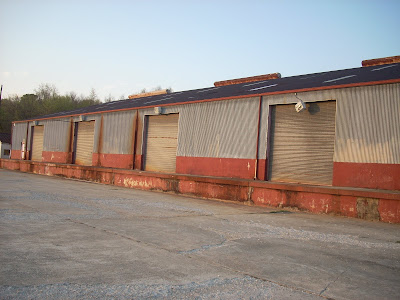 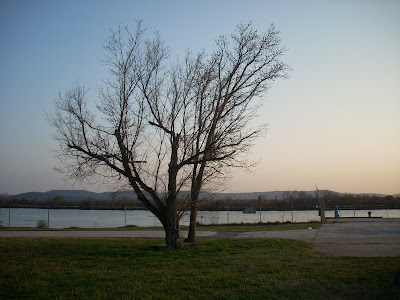 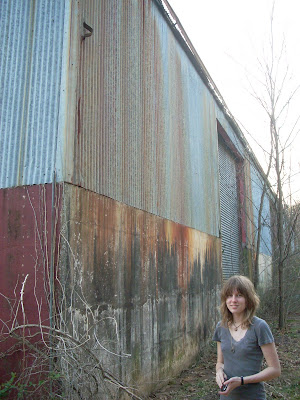 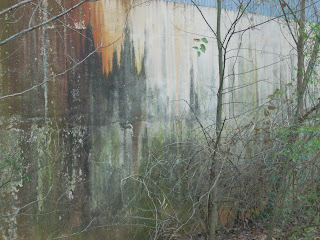 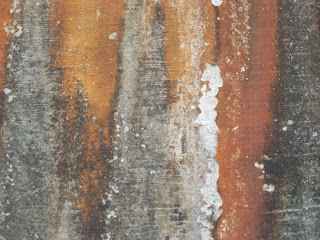 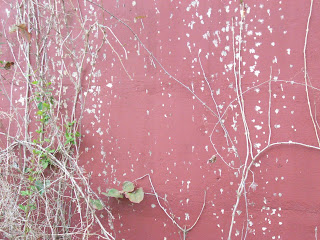 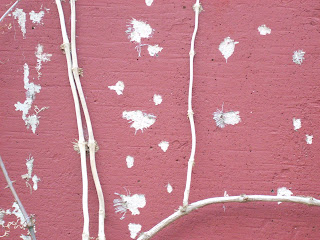 vines and wall detail
Posted by bunnits at 4:33 PM 11 comments:

Atlantis: End of an Era 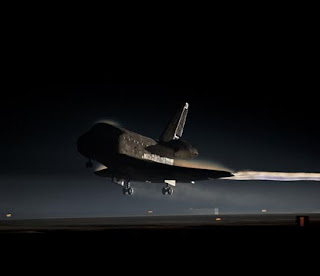 Some of my Facebook entries since July 8. Atlantis, last space shuttle launch. Prepare to be bored, but just felt the need to record this event this way. All times Central Daylight Time unless noted.

[Didn't make it down to any of these last three launches. Have been to two in the past. Nothing like it. Also saw one heading in on approach to landing at Kennedy once from the beach at the condo in Coco Beach as John watched from atop one of the buildings at Cape Canaveral. He got to see the actual landing, but it was really something just standing there on the beach watching it pass over, with double sonic booms and shuttle sizzling by overhead. ]

July 8: 9:31 a.m.: Annette McNutt asks: Do you remember where you were for the first shuttle launch - Columbia?
9:51 a.m.: I reply: In Memphis, working at archaeological museum for both the first two launches, both Columbia, but that's about all I remember. I remember where I was when we lost Challenger--working in Memphis at Mississippi River Museum at Mud Island, helping to install a statewide traveling exhibit to commemorate the 200th birthday of the state of Tennessee.

4:35 a.m: Getting ready to watch final space shuttle landing, Atlantis, in about an hour

4:40 a.m.: Praying for a safe reentry and landing for Atlantis

5: 15 a.m.: Full daylight at Kennedy. Excellent shot of Atlantis on the runway cooling off.

6:19 a.m.: Astronauts out of the orbiter and on the ground, being greeted by NASA admin and support crew, lots of handshakes and hugs; final walk-around; speeches

6:26 a.m.: Nap time for Melissa after speeches--maybe during

my thanks to NASA for photography; also apologies to NASA for any photo copyright infractions; just had to do it this time

Another Crosses the Bridge

morning after giving us so much love for the past six years. We will miss her. 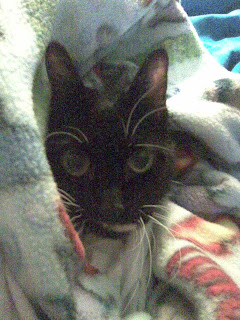 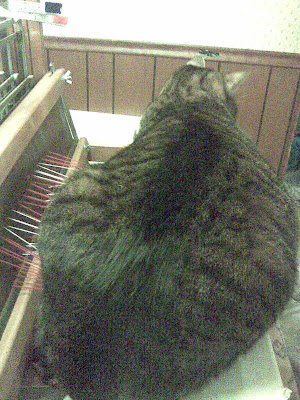 While checking the tension on some new warp that I had tied on, I stepped away from the loom briefly, then returned to find Pants sprawled comfortably upon the apron.
Posted by bunnits at 9:04 PM 12 comments:

I have been watching our manned spaceflight launches since the very first ones were televised when I was in elementary school in the early '60's. I had a personal interest in this endeavor because my brother-in-law worked for NASA from the beginning, moving to Huntsville in 1956 (when NASA was then the National Advisory Committee for Aeronautics) and staying with NASA, primarily at Huntsville's George C. Marshall Space Flight Center (MSFC) until his retirement in the '70's, when he became a consultant and eventually a co-founder of an aerospace company that did configuration management for various NASA projects. As Fate would have it, my husband ended up working for a NASA contractor here in Huntsville beginning in 1987. It almost seems that manned spaceflight has always been a part of my life.

I might need a little explanation at this point--I'm not in my 80's yet--my sister and only sibling was 18 years older than I and she and her husband were truly my second family. I spent all but one summer with them from the time I was 5 until I was 18, so I went everywhere they were during those years. His career with NASA started in Huntsville, AL, but two years were spent in California (1960-61), one in Wellesley, MA while he went to MIT on a Sloane Fellowship in 1962, and another in Washington, D.C. in 1968. In between, there were lots of summer trips to the beach when he'd be in Cape Canaveral. I will always be indebted to them for all the wonderful trips and opportunities I had and for their love and willingness to have me as their summer child. Unfortunately, my sister died in 1998 as a result of ovarian cancer, but her husband is still very much a part of my life and of my children's. He is really like a father to me.

Awesome!! Go, Atlantis! The launch was a success and Atlantis is now in orbit. Beautiful photography and so many more really cool camera mounts. You really get a bird's eye view of some of the processes. I hate to see the end of the NASA shuttle program and wish that we could have managed to develop an alternative transport/orbiter to be ready now to replace the current system (and now I guess I should say former--well, not until the end of this mission with "wheel stop" on July 20, that is). I don't know what the status is on commercial US programs; just haven't been keeping up with it. There are many arguments against government-funded space programs, some of which are quite valid. The US space program has given us so much more than just a bunch of neat space pictures. Yes, it has been terribly expensive and there have been failures, but the space program has contributed enormously to so many aspects of life in terms of technology, medicine, communications, science, industry, agriculture, environment, commercial air travel, in the home, and so many other applications that it hasn't been without merit. I really don't think we can say that it is all pure folly in pursuit of one man's vision.

I will be hoping for clear skies on the nights that Atlantis and the International Space Station are visible over Huntsville. On nights with good weather and good viewing opportunities, I try to go out and look at ISS and marvel at the fact that that small thing is orbiting the earth with people inside. My husband and I often say to each other "There are people up there." Of course, we might say the same thing each time we see an airplane flying above us, a wonder in itself, but those spacecraft with astronauts up there, so far above the earth, so detatched, yet so connected, always manage to give us a moment's pause. I guess it's time to say:

Now I know why I don't have total control of everything. I've been using the wrong device. And I'm sure it must be true, since it seems John has given it a try. 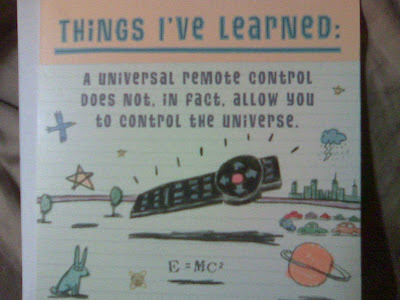 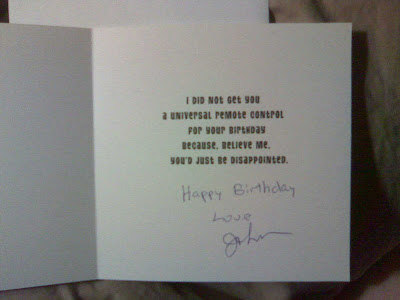