Thanksgiving--Variations on an Old Hundredth Theme 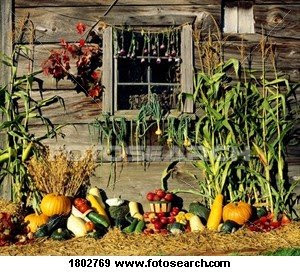 1. You faithful servants of the Lord,
sing out his praise with one accord,
while serving him with all your might
and keeping vigil through the night.

Unto his house lift up your hand
and to the Lord your praises send.
May God who made the earth and sky
bestow his blessings from on high.

2. All people that on earth do dwell,
Sing to the Lord with cheerful voice.
Him serve with fear, His praise forth tell;
Come ye before Him and rejoice.


3. Praise God, from Whom all blessings flow;
Praise Him, all creatures here below;
Praise Him above, ye heavenly host;
Praise Father, Son, and Holy Ghost.


1. Genevan Psalter (completed in 1562), Psalm 134
2. attributed to Scottish clergyman William Kethe, 1561 as part of the Anglo-Genevan Psalter.
3. written in 1674 by Thomas Ken, the final verse of a longer hymn entitled "Awake, My Soul, and With the Sun," from Psalm 100
(information from Wikipedia)
Posted by bunnits at 10:34 AM No comments: 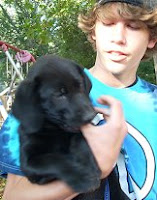 Oh, dear. Another four-legged thing in the household. My son came home from school recently with a 9-week old Labrador puppy--a "gift" from his tech teacher who got her for her small daughters and found the girls to be a bit much for the puppy. Or something like that.

She did have several potential takers, but they all came up with various reasons why they couldn't take the pup. I also declined. It didn't do any good. And my husband said he thought our son had been needing a dog for a few years and we should keep her. 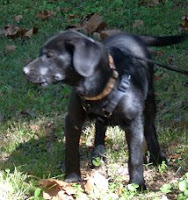 She is now about 13 weeks old. She's quite good, but forgets her manners when she is excited--which is not infrequent--and thinks that everyone wants to jump around and dance with her. She does quite well with "sit," but is not exactly making passing marks when it comes to not jumping on people. I have to admit that she has gotten much better as she has gotten a little older. She is a very good puppy and doesn't mind her kennel or the leash. She's very sweet and affectionate and smart and crazy.

I haven't had a dog since I was about sixteen years old. We've contemplated dog ownership over the years, but cats have always just been easier for us. I was not thrilled in the beginning, but all has gone quite well, so I cannot complain, except for the fact that I do not think we needed another warm furry body. I must admit that I am enjoying working with her and training her. She ensures that we each get at least one daily walk and lets us know that she loves us, loves us, loves us! 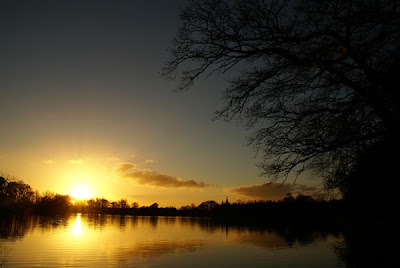 photo from www.freefoto.com
Posted by bunnits at 9:00 PM No comments: 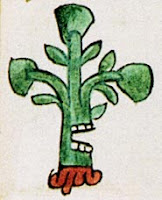 You aren't the first to puzzle over the tongue-twisting Mesoamerican names we've given the cats. Yes, I did have a linguistics course years ago as an undergraduate, but I didn't get far enough into the class to have to learn proper phonetic spelling. I dropped the class because I needed more time to spend on the Old Norse Literature class I was taking. So, I'll give you my version of how to pronounce the cats' formal names. And maybe a few extra words just because they are so much fun to say--or try to say. The language has a great deal of sounds that make one think the speaker is about to expectorate, but just do the best you can. For more information, go to http://www.mexicolore.co.uk/index.php?one=azt&two=apr. Then click on "Ancient language, modern soundwaves" to hear the words pronounced. Here are the words that were in the "Avocado madness" post. 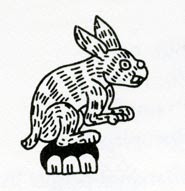 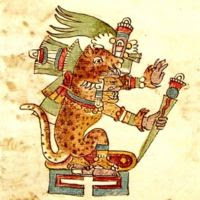 We need to give Twinkie and Pascal (Jungle Pants/Pants Man) formal names also. We are thinking of Coatlicue (co aht lee qway; Earth goddess) for Twinkie and Tlahuizcalpantechutli (tla wheetz cal pahn teh coot lee; Lord of the Dawn, god of the morning star Venus) for Pants, since "pants" is in the new name. 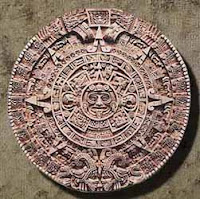 I certainly hope this guide is of some help to you.

photos from www.photobucket.com; glyphs images from Mexicolore.com
Posted by bunnits at 8:50 AM 1 comment:

I wonder what has happened to the Sacred Destination of the Day picture? I should check it out, but I've just had too much going on. I might have to drop it for a while if they are having problems.


Do avocados do strange things to my brain? I was peeling an avocado just now 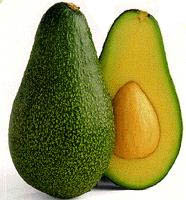 for a late night snack and remembered that sometimes in a moment of silliness I used to call them "Avogadros." Remember ol' Avogadro, the Italian who came up with a number to represent the number of atoms, molecules, etc., in a mole of something? 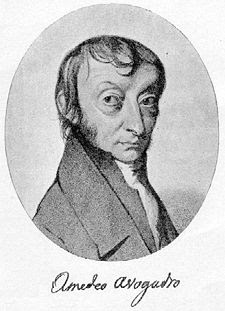 That number, 6.02214179(30)×1023 (that should be 10 to the 23rd, but I fail to be able to get this thing to do superscripts at this time--well, it is 3:00 in the morning) was given the honorary name of Avogadro's number or Avogadro's constant. I don't think he was the first to actually come up with the number, but that's another tangent for another time. Anyway, I was thinking about calling avocados Avogadros and realized that I'd never had the urge to refer to Avogadro as "Avocado."

Another time I was up late eating avocados with my daughter and her friend and had another brain attack. At the time, we were watching a TV program about the demise of the dinosaurs. Of course, it got around to a discussion of the cataclysmic meteor impact in the Yucatan and spent a good bit of time talking about the Chicxulub crater. 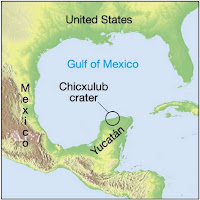 The girls thought "Chicxulub" was just about one of the most entertaining words they had ever heard. I told them about the Central American archaeological sites and their wonderful place names and we had a delightful time trying to pronounce them. Then we decided that we needed to give our cats these names as their formal names in addition to the regular everyday names by which they are known in our family. Naturally, this led to a recitation of T.S. Eliot's poem, "The Naming of Cats." We got very silly with our name choosing. We came up with some of the following:

Stormy: Quetzalcoatl (of course she's the feathered serpent because of her fluffy, feathered coat) 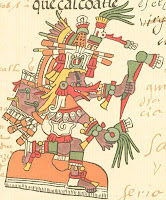 Pester: K'uk'ulcan (also the feathered serpent because of her tortie coat)

Pushkin: currently Tenochtitlan (Place of the Cactus Rock), but could get changed to TzinTzunTzan (Place of Hummingbirds because of the way she flits around)

We really wanted to call one of them Tz'ibilchaltun, but decided we might leave that for one of the rabbits (tuchtli) who are getting formal names as well. We christened the garage Tuchtlan (Place of Many Rabbits).

The following day, I emailed my friends and gave them the cats' new names. One asked what else we were ingesting in addition to the avocado. I promise, the only things we consumed were avocados, soft drinks, water, and crackers.

The Naming Of Cats

The Naming of Cats is a difficult matter,
It isn't just one of your holiday games;
You may think at first I'm as mad as a hatter
When I tell you, a cat must have THREE DIFFERENT NAMES.
First of all, there's the name that the family use daily,
Such as Peter, Augustus, Alonzo or James,
Such as Victor or Jonathan, George or Bill Bailey--
All of them sensible everyday names.
There are fancier names if you think they sound sweeter,
Some for the gentlemen, some for the dames:
Such as Plato, Admetus, Electra, Demeter--
But all of them sensible everyday names.
But I tell you, a cat needs a name that's particular,
A name that's peculiar, and more dignified,
Else how can he keep up his tail perpendicular,
Or spread out his whiskers, or cherish his pride?
Of names of this kind, I can give you a quorum,
Such as Munkustrap, Quaxo, or Coricopat,
Such as Bombalurina, or else Jellylorum-
Names that never belong to more than one cat.
But above and beyond there's still one name left over,
And that is the name that you never will guess;
The name that no human research can discover--
But THE CAT HIMSELF KNOWS, and will never confess.
When you notice a cat in profound meditation,
The reason, I tell you, is always the same:
His mind is engaged in a rapt contemplation
Of the thought, of the thought, of the thought of his name:
His ineffable effable
Effanineffable
Deep and inscrutable singular Name.

(all images are from Wikipedia)
Posted by bunnits at 1:12 AM 8 comments: