What a handsome gentlebun has come to live at the Huntsville Bunstead. This is Yogi. He was the bun half of the bun and Guinea pig pair, Yogi and Boo Boo, who had been together for a number of years since 2006. Boo Boo departed this world some time ago, leaving Yogi with just his humans.

I had not planned to take anyone else's buns until we had less than three of our own, but Yogi's owners' children are all grown and in college or married with new grandbabies expected in August and October. Yogi's family mom is not going to be around much, so back in December we decided that he would come to live with us sometime before the new babies are born, especially since he no longer had Boo Boo for company.

He is a 6-year old neutered male Rex. Such a friendly bun, too, but a little shy right now. Reminds me so much of our beloved Periwinkle. I do hope he and I become special buddies. For right now, life is a little different for him with the new surroundings, the ladies, the cats, so we are taking it slow and trying to get him adjusted. He does enjoy the time outside in the playpens, a new experience for him.

(Now don't anyone be making comments about what a fat bunloaf he is--we're going to be working on that. Besides, back when I was a kid, gentlemen of his physique were called "portly.") 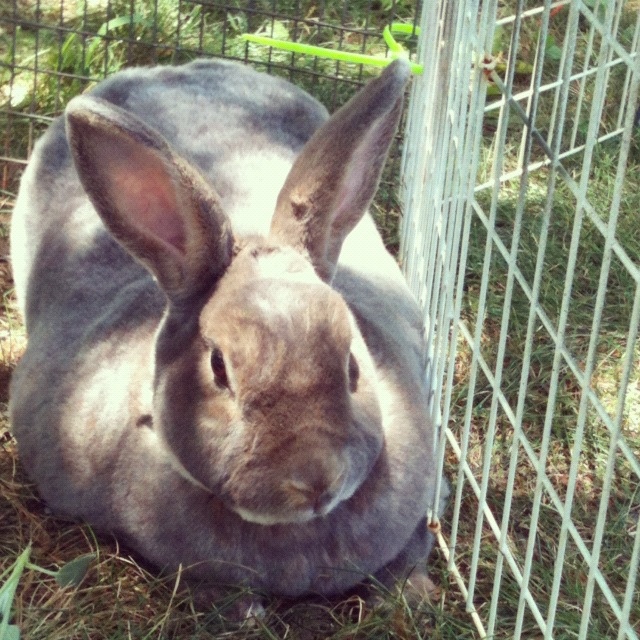 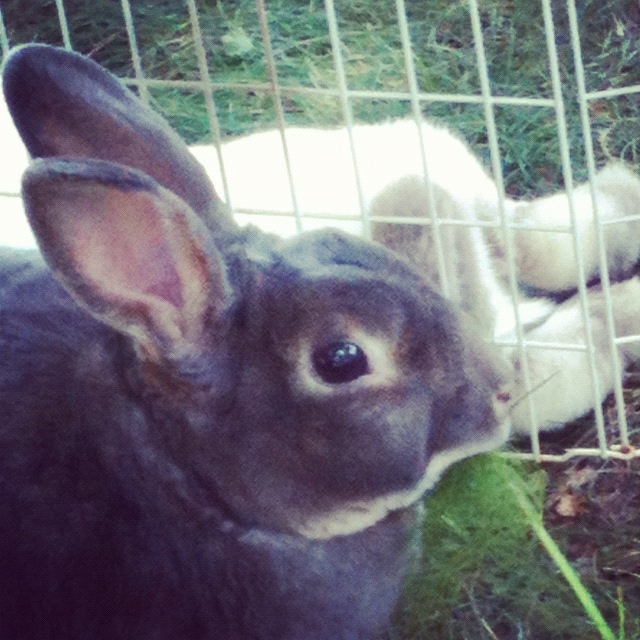 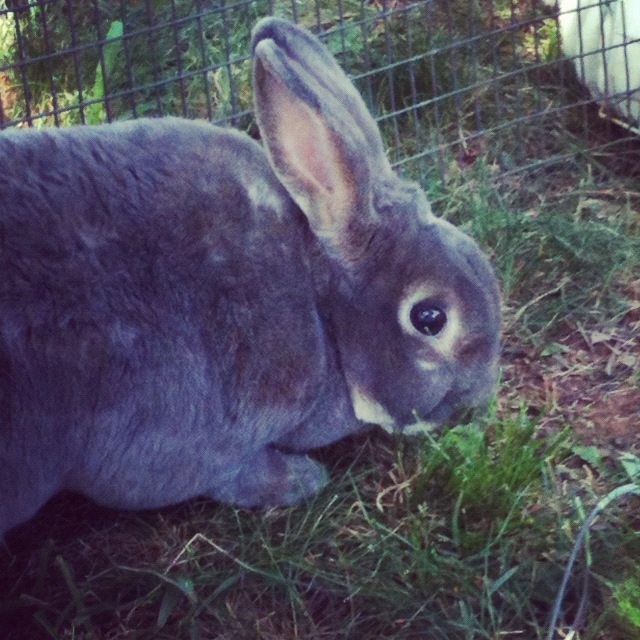 When you eat too much Father's Day dinner you lie down on the sofa.

When you lie down on the sofa you fall asleep.

When you fall asleep on the sofa you wake up with a cat in your face.

Don't wake up with a cat in your face.

(click on the photo for full size--if you dare) 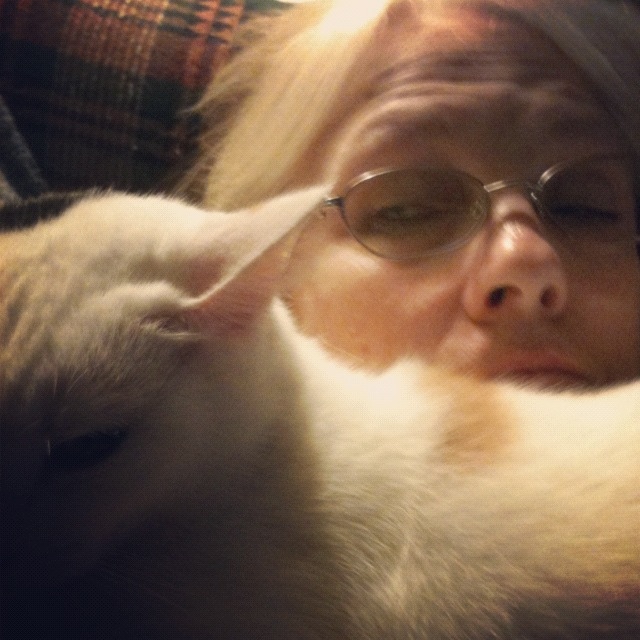 Afternoon at the Bun Cottage

A few photos of the girls enjoying the fresh air and the old Cottontail Cottage.

I can never be sure of the order in which the photos will show up when doing this from my iPhone. Haven't figured out how to space them with the phone, either, so I'll just say a little about them and then we'll figure it out from there.

One photo is of Matilda doing guard duty at the back door. She was a snoozy bunny and I was intrigued by the length of her lashes, so I did an Instagram closeup version. The other two photos are of Gabby schooched up in the side door and dear old Dutchie Mopsy taking up all the space just inside the front door.

(as usual, click to get the full photo until I get this iPhone thing figured out) 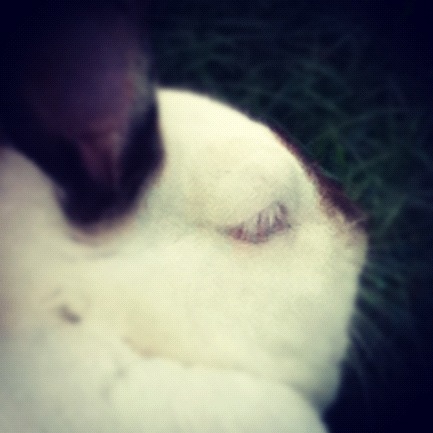 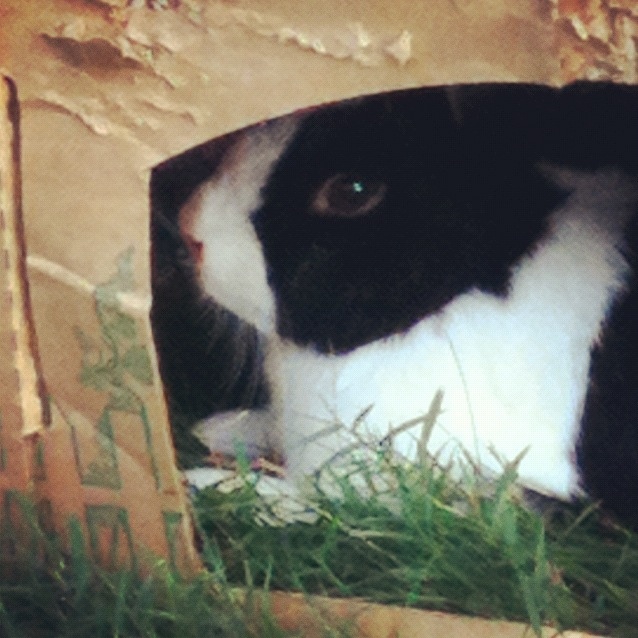 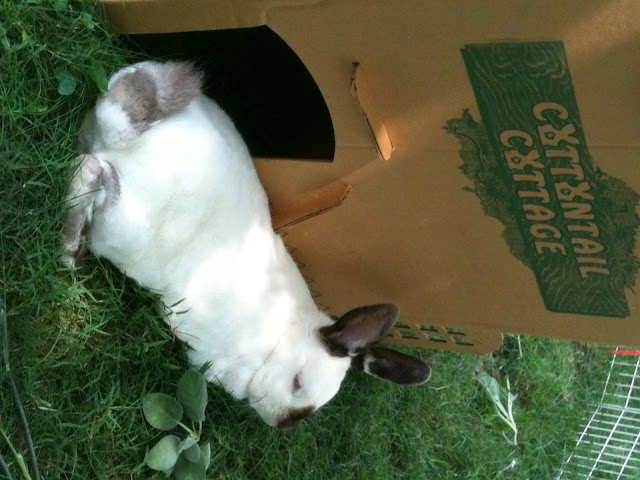 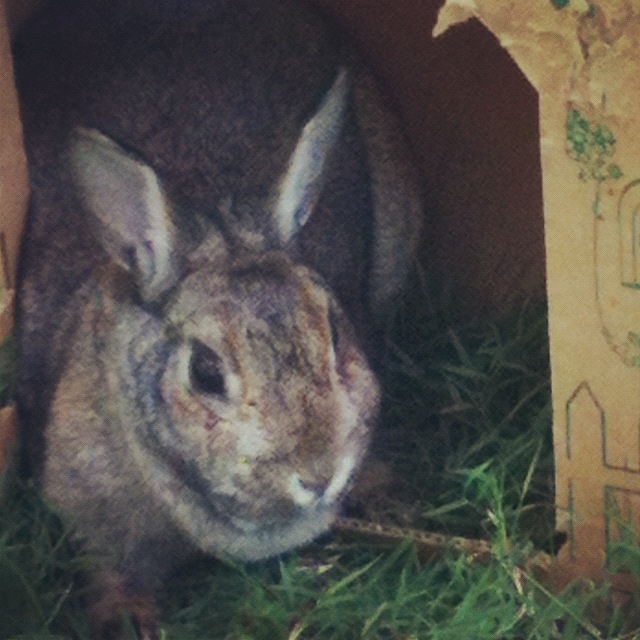 What a lazy bunny!

These pleasant days have been great for the bunnies to enjoy some time outside in the playpen. Gabby has really made herself comfortable stretching out in the shade. Yesterday I caught her sprawled out on her bunny belly and munching on the grass at the same time. Here she is chowing down while lying down. I guess I should say she's just multi-tasking. 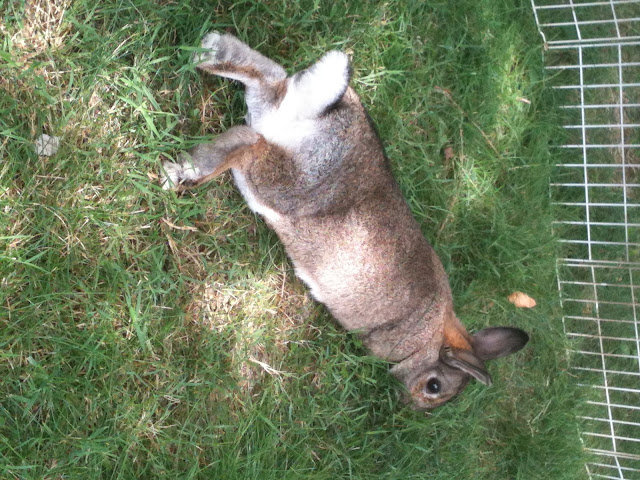