Construction on Wilson Dam began in 1918 and was completed in 1927. The Wilson Dam actually predates the TVA, but was later placed under the authority of the TVA. The dam is 137 feet (42 m) high and stretches 4,541 feet (1,384 m) across the Tennessee River. 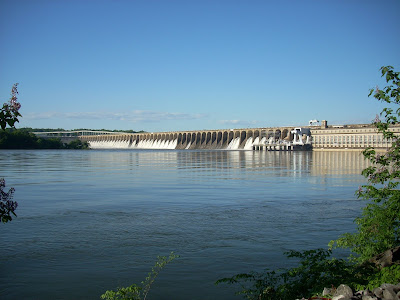 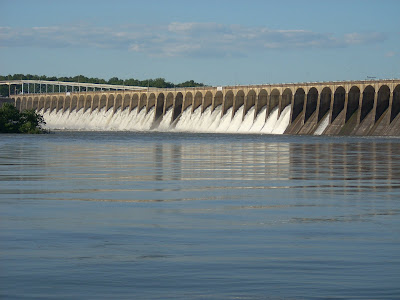 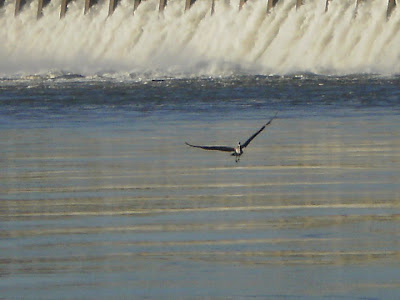 Great Blue Heron flying; there were many of them fishing at the dam 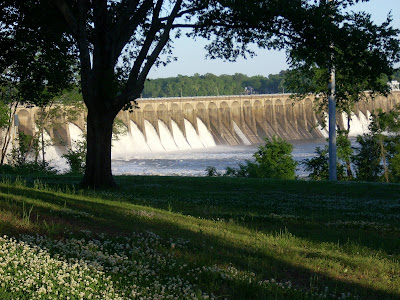 North side of dam from city park near Mariott Hotel 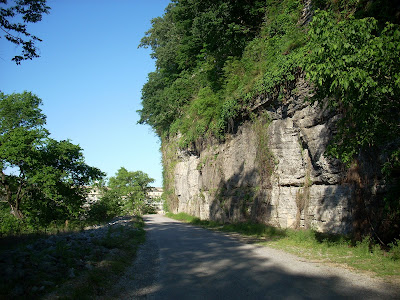 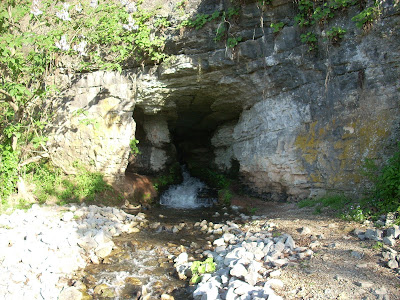 One of the caves formed in the limestone bluff; the heavy rains have created wet weather streams and waterfalls 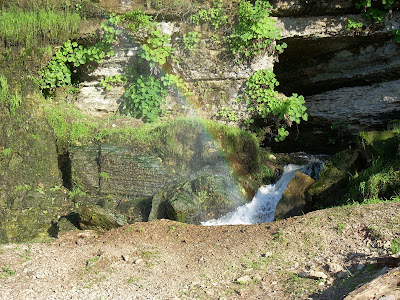 Rainbow in mist at second cave in bluff 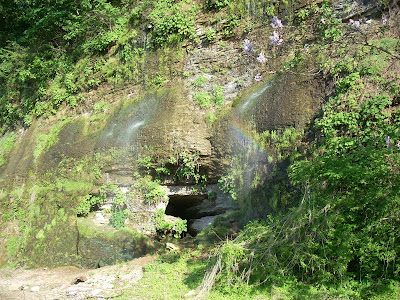 Yet another rainbow and cave opening 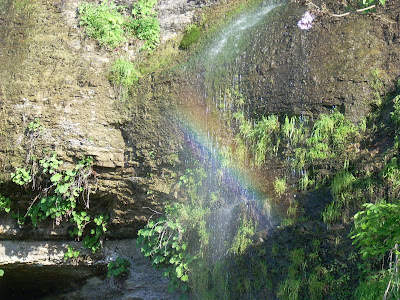 Yes, this photo was in a previous post, but I liked it and decided to use it again. 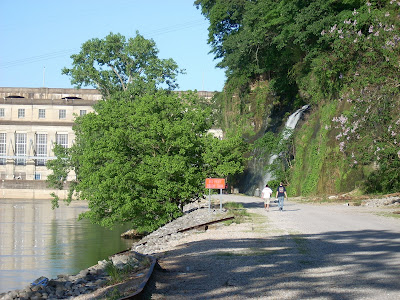 Largest of the waterfalls 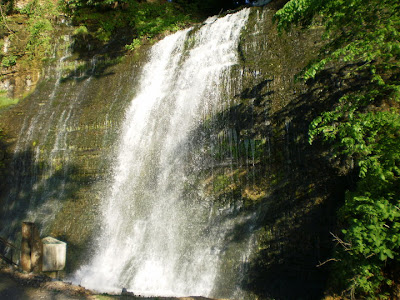 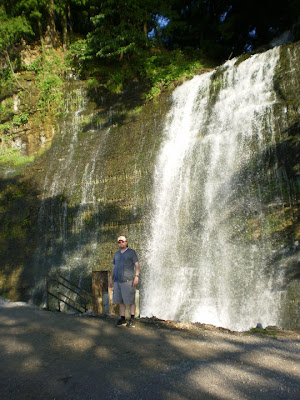 Same shot with Paul to show scale
Posted by bunnits at 8:41 PM