Stardust, the LHC, and Walt Whitman 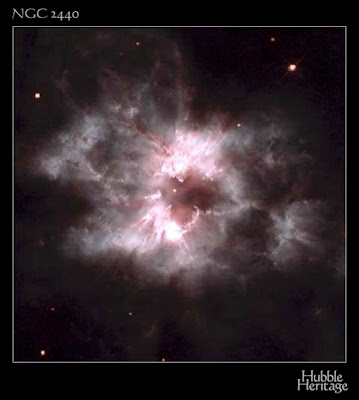 We are stardust, we are golden,
We are billion year old carbon

Today at CERN's Large Hadron Collider (LHC) near Geneva, Switzerland, experiments were conducted in hopes of answering unresolved questions in particle physics which could yield clues to the nature of the early Universe.


Recipe for a Universe

Take a massive explosion to create plenty of stardust and a raging heat. Simmer for an eternity in a background of cosmic microwaves. Let the ingredients congeal and leave to cool and serve cold with cultures of tiny organisms 13.7 billion years later.

To understand the basic ingredients and the ‘cooking conditions’ of the cosmos, from the beginning of time to the present day, particle physicists have to try and reverse-engineer the ‘dish’ of the Universe. Within the complex concoction, cryptic clues hide the instructions for the cosmic recipe.
Slowly simmer.

Space, time, matter... everything originated in the Big Bang, an incommensurably huge explosion that happened 13.7 billion years ago. The Universe was then incredibly hot and dense but only a few moments after, as it started to cool down, the conditions were just right to give rise to the building blocks of matter – in particular, the quarks and electrons of which we are all made. A few millionths of a second later, quarks aggregated to produce protons and neutrons, which in turn were bundled into nuclei three minutes later.

Then, as the Universe continued to expand and cool, things began to happen more slowly. It took 380,000 years for the electrons to be trapped in orbits around nuclei, forming the first atoms. These were mainly helium and hydrogen, which are still by far the most abundant elements in the Universe.

Another 1.6 million years later, gravity began to take control as clouds of gas began to form stars and galaxies. Since then heavier atoms, such as carbon, oxygen and iron, of which we are all made, have been continuously ‘cooked’ in the hearts of the stars and stirred in with the rest of the Universe each time a star comes to a spectacular end as a supernova.
http://public.web.cern.ch/public/en/Science/Recipe-en.html 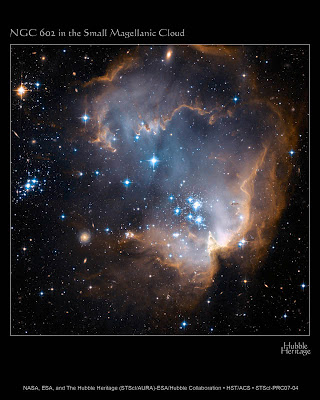 When I heard the Learn’d Astronomer

WHEN I heard the learn’d astronomer; When the proofs, the figures, were ranged in columns before me;
When I was shown the charts and the diagrams, to add, divide, and measure them;
When I, sitting, heard the astronomer, where he lectured with much applause in the lecture-room,
How soon, unaccountable, I became tired and sick;
Till rising and gliding out, I wander’d off by myself,
In the mystical moist night-air, and from time to time,
Look’d up in perfect silence at the stars. 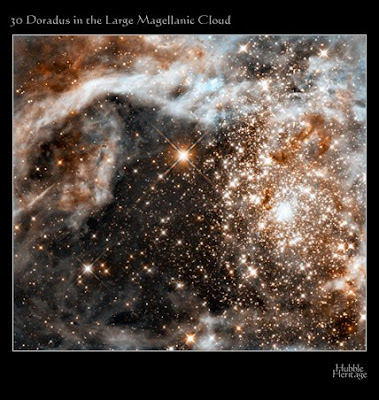 We are stardust, we are golden,
We are billion year old carbon,
And we got to get ourselves back to the garden.