A Trip to the Beach? 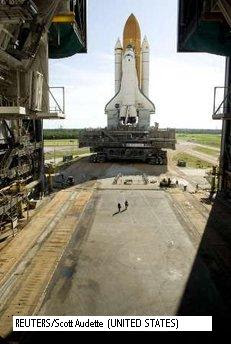 Just this morning my husband told me that he'll be out of town all next week for meetings. When I asked where, he said Kennedy Space Center and that he'd been trying to work things out so that I could go along. Well, we both agreed that with a 17-year old son in high school, that probably isn't the best thing. It's rather short notice to try to work out arrangements with anyone to "babysit" him for the week, anyway. On top of that, what is the weather going to do over there on the Atlantic coast over the next few days?


I'd really like to try to work something out. I haven't been to Cape Canaveral in several years. It is one of my favorite places to go. I love to just sit on the beach and watch the surf. Even though I'm partial to the warmer waters of the Gulf, Cape Canaveral just appeals to me in some way. I especially like the Merritt Island National Seashore and the nature center there. Not only that, we need a little time away. Guess I'll check out NOAA (National Oceanic and Atmospheric Administration http://www.noaa.gov/).


Here's the latest NOAA satellite photo of the Atlantic. Doesn't look too promising, does it? With Hanna on the way, then Ike and Josephine (not shown) following right behind, it's possible that things will be postponed, anyway. Take a look at the wind speed probabilities through Tuesday, Sept. 9, that are shown on the NOAA site. 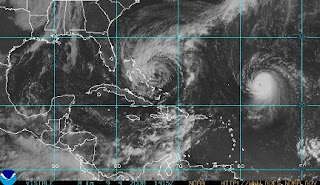 The graph on the left shows the 5-day projected path of Hanna. The one on the right shows Hanna's wind speed probabilities and the one below these two shows Ike's projected wind speeds. Hmm. Doesn't look too good for sitting on the beach, does it? 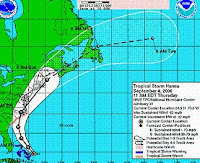 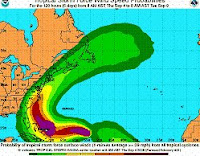 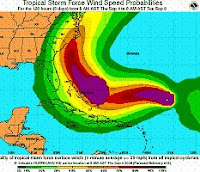 There isn't a launch scheduled until October 8. It was postponed from August. The photo of the shuttle Atlantis being taken out to launch pad 39A was taken by Reuters photographer, Scott Audette, this morning as it began its 6-hour trek out to the launch pad. Here is the Atlantis launch information from NASA (http://www.nasa.gov/mission_pages/shuttle/main/index.html). They expect Hanna to be far enough out from the coast that it won't pose a threat.

Hmm. The launch is scheduled during our city schools' fall break, Oct. 6-10. The kids and I haven't been down to a launch in several years. Maybe I can persuade a certain someone to take us down for it. Of course, there's always the possibility of a postponement with or without a hurricane, but if you take the chance and it's a go, it's really worth it.

My thanks to NOAA, NASA and Reuters for the images and information.
Posted by bunnits at 8:00 AM