Buns in the Sun

We had a fine day yesterday and all the bunnies got to go outside for a while. Now it's been raining since last night and will probably continue for several more hours today. Rain, cold temperatures, and possible snow is forecast for the next couple of days, so it's a good thing they got some time outside in the sun.

The buns certainly enjoy the old Cottontail Cottage. Between the cats clawing on it and the buns chewing on it, it has seen better days, although it still has some good ones left. It was a gift from a friend and I really need to let her know that it was money well spent. 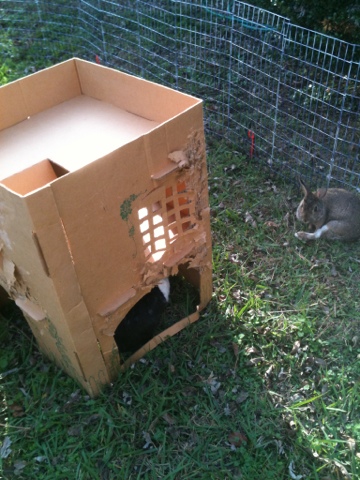 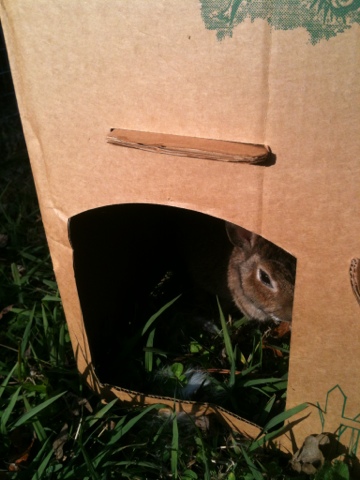 Gabby gets her time in the cottage. They aren't very good about sharing. That pale blob at the very front of the entrance is a wad of bunfur from a disagreement over who got the ground floor. 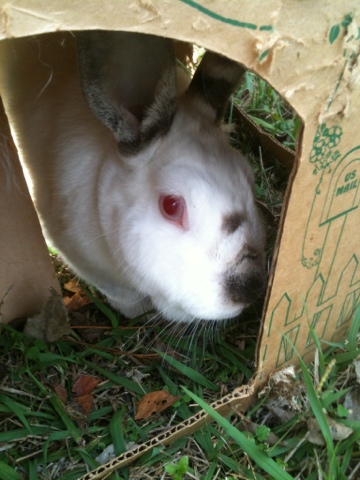 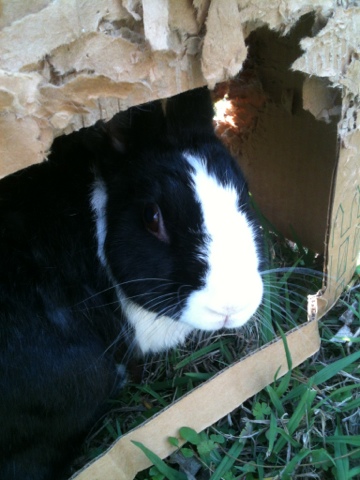 Mopsy has reclaimed her spot


This time of year, we have considerable molting going on while they get their winter coats. Matilda's gray points change with the seasons. 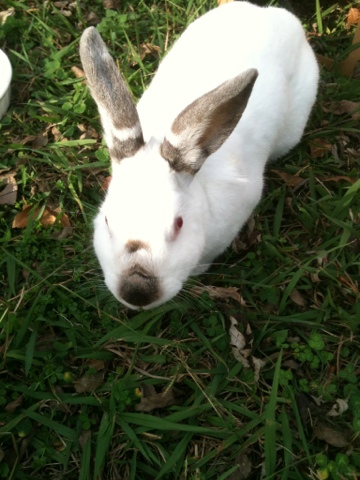 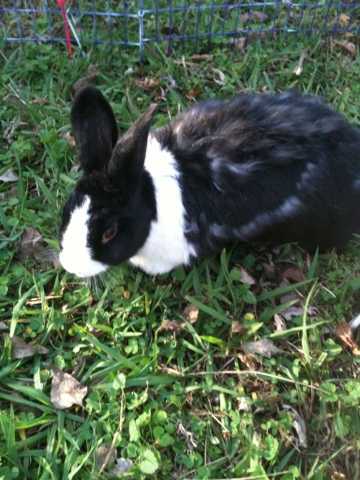 Not sure what Mopsy's trying to accomplish with her fashion statement. Maybe she's going for a sort of Bohemian look this winter. I see lots of bunny combing in my future.
Gabby wouldn't be still long enough for any fashion shots, but back up in the top photo she's showing off her white leggings in her ballet pose. She also looks as though she could use a shave--her molt is beginning around her face, making her look like Miss Chubby Cheeks.


I was up early feeding and watering everybun. It is cool, dark, and rainy. A nap is in order. All of us here at the Huntsville Bunstead hope all of you have a great day.


(This was my second attempt at posting from my iPhone. It's a learning experience. At least my photos aren't posting sideways. I found the space to add labels, but haven't figured out how to control photo placement or how to add text after uploading photos, so I have to do a final edit with the computer. I guess I'll eventually get it.)