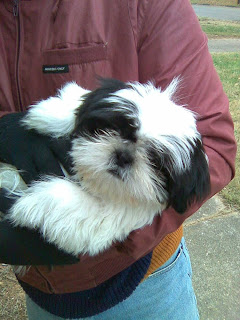 This is Bo. He is a five-month old Shih Tzu puppy who belongs to our youngest son's girlfriend. When this photo was made in December, Bo was about three months old. He is a frequent visitor, so we feel like he is one of the family. Looking at this face, I think maybe a Shih Tzu pup could have been the inspiration for George Lucas for his Ewok folk on the planet Endor.

He was tiny when they got him in October. 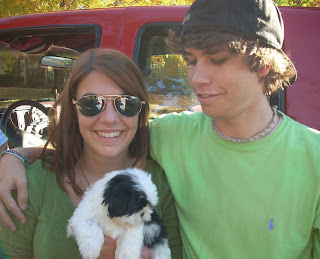 Even in December, he was still pretty small. 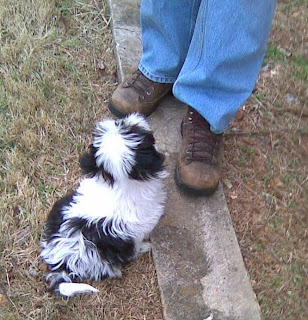 Here he was last week hanging out in one of the bunny playpens during a visit. He's really growing. 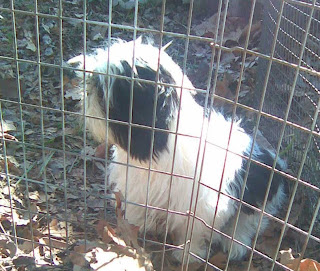 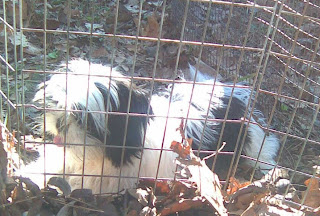 I think he and Dixie will learn to play together, but at the present time, she is a little too big and goofy and forgetful of her manners to be a suitable playmate. 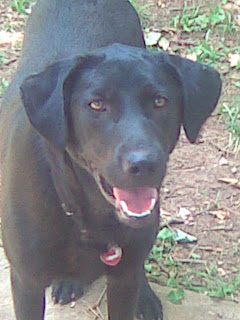